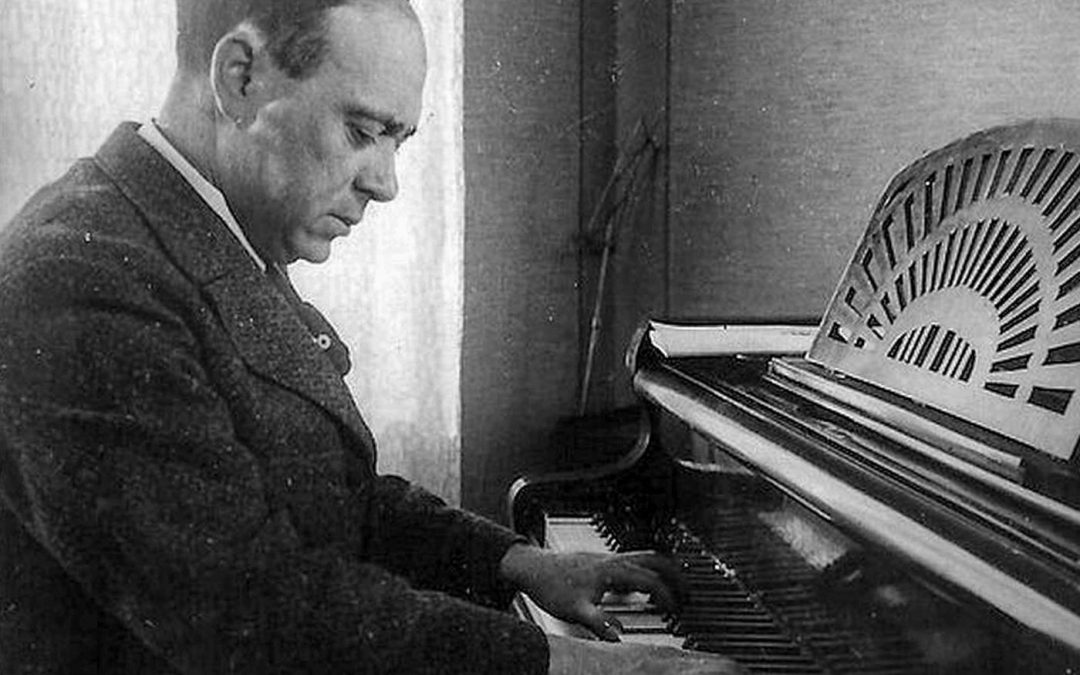 Organist in the Fabric Synagogue 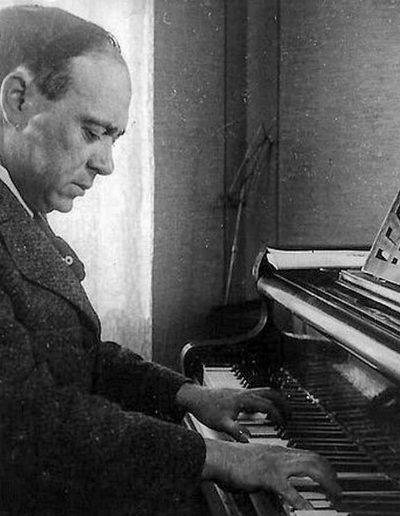 Jakob Friedmann, Andrei F.'s father, was the first singer of the Jewish community in the Fabric neighborhood in Timisoara for 31 years. He died in 1926.

At the age of 5, it was discovered that Andrei (Andor) has absolute hearing. Intensive piano and harmony studies followed. At the age of 15, he gave a piano recital in the "Redoutensaal" in the Cetate neighborhood. The family opposed his ambition to become a professional pianist, so he studied medicine in Cluj.

In Timişoara he practices medicine as a dentist and ENT surgeon, but he does not abandon piano. In 1932 he studied in Vienna in a master class of the famous Emil Ritter von Sauer, a former student of Franz Liszt. In 1935 he performed in Timisoara together with Leo Freund on 2 pianos "Rhapsody in Blue" by Gerschwin. An impresario proposes to the two pianists a tour in South and North America, which was not made due to political problems.

In 1942-1944, Jewish doctors were forbidden to treat non-Jewish patients. A. Friedmann is deported to a compulsory labor detachment in Sercaia, Filiaşi and Craiova. After August 23, 1944, many Jews from Budapest, deported to the copper mines of Bor in Yugoslavia, were released, but could not return home, as Budapest was still ruled by the Nazis. Among them were artists such as Janos Starker, cellist, later world-famous, Gábor Rothfeld, first violinist of the Budapest Philharmonic and others. Concerts were organized in the halls of the Pollak family, known as the local "patron", where intellectuals from Timisoara met, including Dr. Victor Déznai, vice president of the World Society of Urban Planning, Prof. Henry Aubert, head of the cardiology department of the Faculty of Medicine, Dr. Ernest Neumann, the first rabbi, the spiritual leader of the neolog community. Franz Schubert's trios were performed by Andrei Friedmann on piano, Rothfeld on violin and Starker on cello.

For years he was organist in the neolog synagogue of Fabric. The religious service had a festive audio-visual happening character (especially for the holidays), says Jancsi Friedmann, the doctor-musician's son. Each service was followed by an impromptu program, hebrew, madrigal and choral songs by Pachelbel, Monteverdi and Palestrina, played on the organ. The warm tenor voice of singer Jenö Weisz, the choir of the “Hazamir” temple, composed of eight singers conducted by the legendary Samuel Fischer, the sermons of Rabbi Dr. Ernest Neuman, a born orator, gave the religious service an inspired artistic dimension. He wrote poetry, a play, a piano poem and a symphonic sketch whose manuscript was lost. Thousands of people attended his funeral on July 5, 1953.