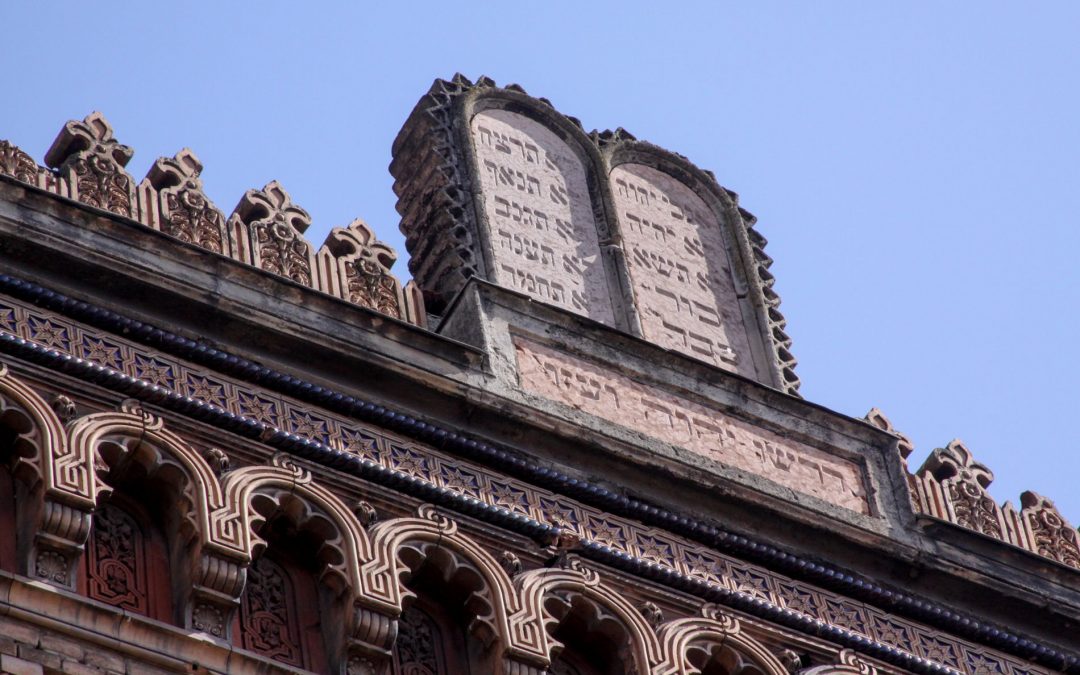 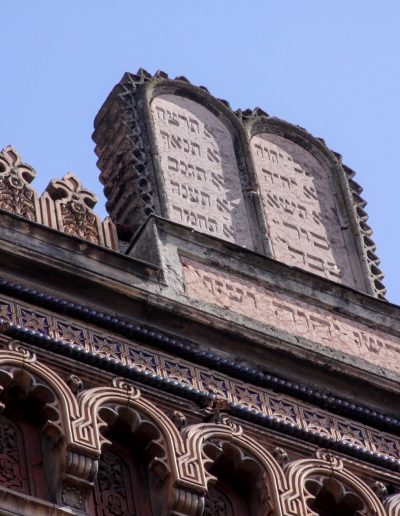 By the middle of the 19th century, the Jewish community was booming economically and culturally, and the Ashkenazi synagogue in Judencarré - the quadrangle formed by Marasesti, Gheorghe Lazar, Ungureanu and Eugene de Savoya streets - had become too small. The construction project was entrusted to the Viennese architect Carl Schumann, who worked in the office of the architect Ludwig Förster, the author of the plans for, among others, the Leopoldstätter Tempel in Vienna, destroyed in the 1938 pogrom, and Dohányutcai Zsinagóga (Budapest Synagogue), the largest synagogue in Europe. 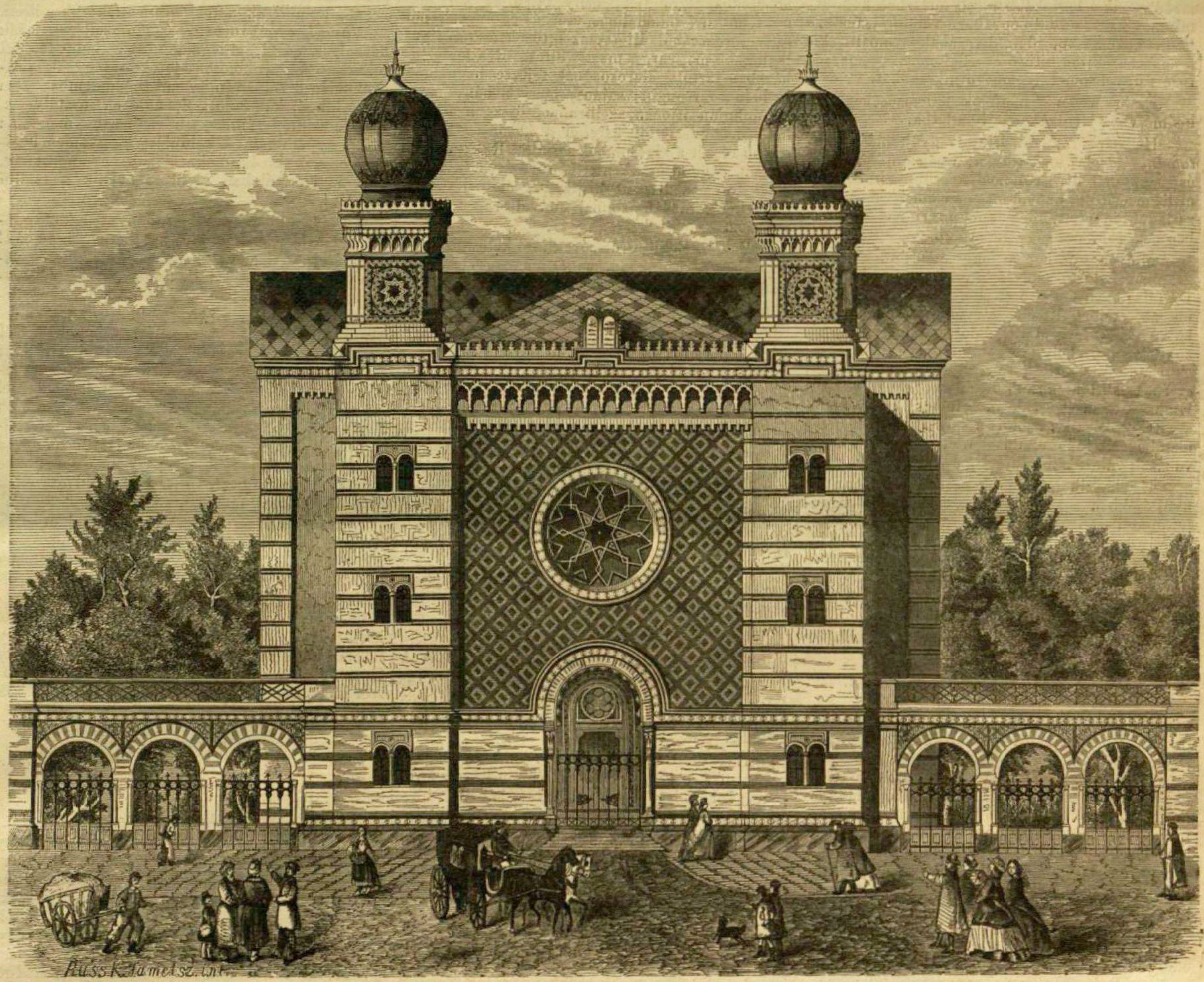 The design of the architect Carl Schumann was undertaken by two architects from Timisoara, Ágoston and Ferdinánd Reicher (or Beicher, the name is difficult to decipher), in collaboration with the architect Fredy Glenc who made the above drawing. (Vasárnapi Ujság, no. 8, February 21, 1864, Year 14)

First Rabbi Mór Hirschfeld had taken the initiative to appeal to members of the community, who donated the necessary funds to purchase two plots near the Judenhof from the Janicsáry family and the Piarist college. Ignátz S. Eisenstädter, the cashier and later, between 1870 and 1890, the president of the community, played a key role in the organizing committee under the leadership of Marcus Grünbaum.

The sumptuous inauguration took place on Tuesday, September 19, 1865, at 10 o'clock, one day before the eve of Rosh Hashanah, "with great brilliance and with the lively participation of the entire population of the city," as the chronicler of the event, the first rabbi Dr. Moritz Löwy, writes in 1890. The festivity went off with great pomp. 1500 programs and 1200 entrance tickets were printed. A huge tent was erected in front of the temple for generals and high-ranking officers. A military orchestra was invited. In a solemn procession, the Torah scrolls were transported from the old temple of the Judenhof to the new one. Speeches were given by Rabbi Mór Hirschfeld and Jewish and non-Jewish notables, and at the end of the ceremony the national anthem was sung.

The rehabilitation works of the synagogue started in December 2017. The synagogue will be used again as a place of prayer, possibly with a space arranged for a museum of the Jews from Timişoara.