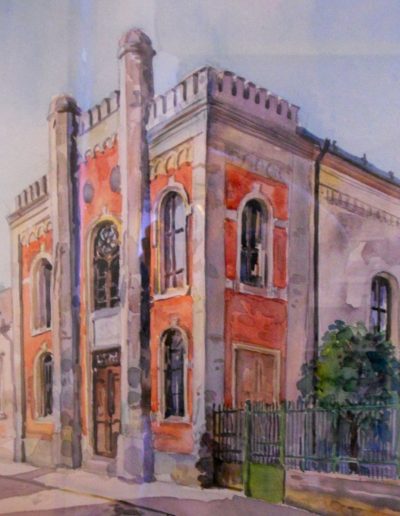 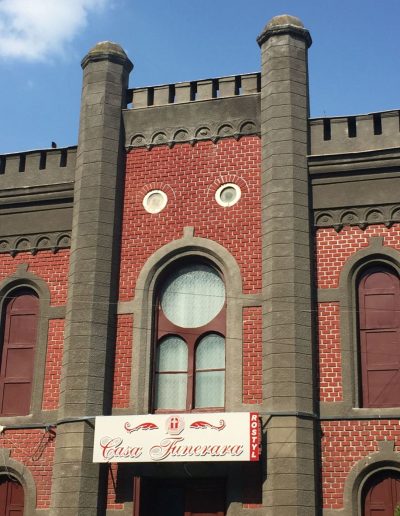 The building of the synagogue with the purpose of a funeral home. 2017

In the Fabric district there was a "German" (Ashkenazi) and a "Spanish" (Sephardic) house of prayer as early as 1814. In May 1900, a building permit was issued to the "Autonomous Orthodox Jewish Community." The synagogue was built in an eclectic style with Moorish elements, such as battlements on the cornice and the pillars with rounded ends. In the courtyard was a mikveh and a ritual slaughterhouse.

In the Address Book of 1938, we find the names of some dignitaries of the community: next to the first rabbi Herman Szofer, who also lived on Ion Creangă street, a few steps from the synagogue, and the president Francisc Friedmann are mentioned, two cantors, a cashier, a controller, members of the management committee and teachers. The vast majority of Orthodox Jews emigrated in the early years after World War II.

Currently, the building is used by a funeral home. Nothing informs the passer-by about those who built it, nor about its initial destination.

Source: Getta Neumann, In the footsteps of the Jewish Timisoara. More than a guide. Brumar Publishing House, 2019