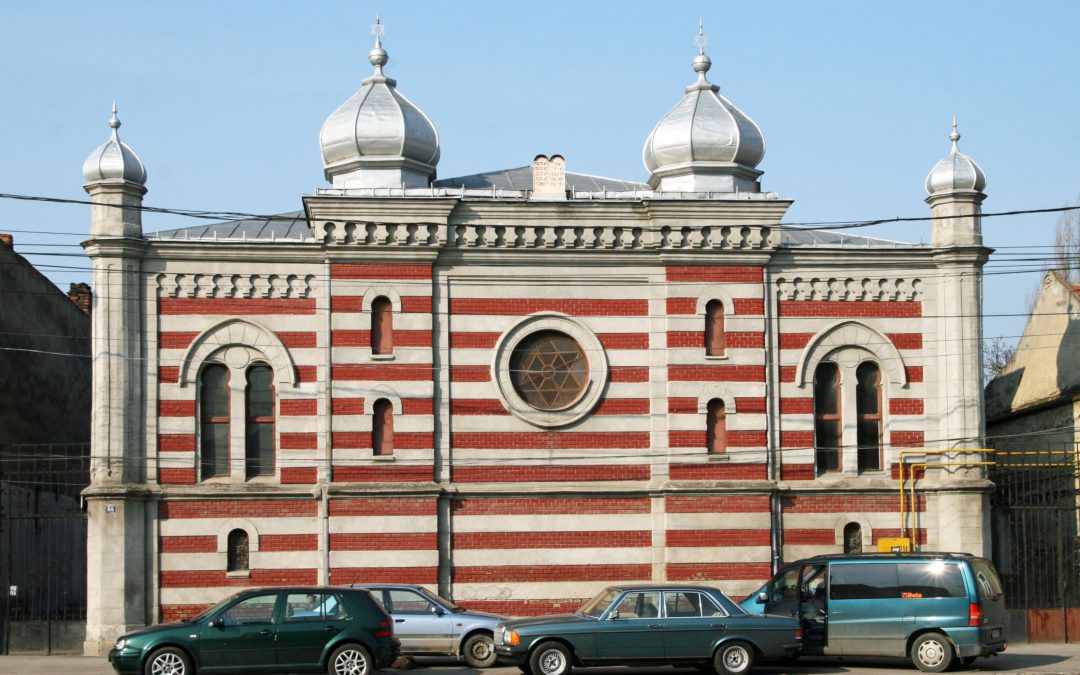 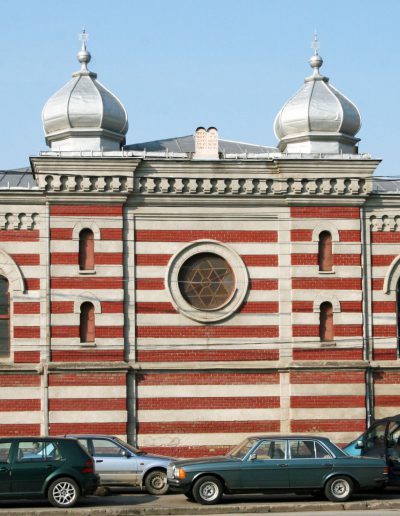 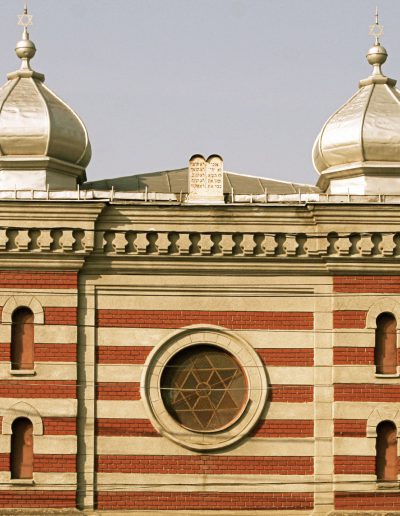 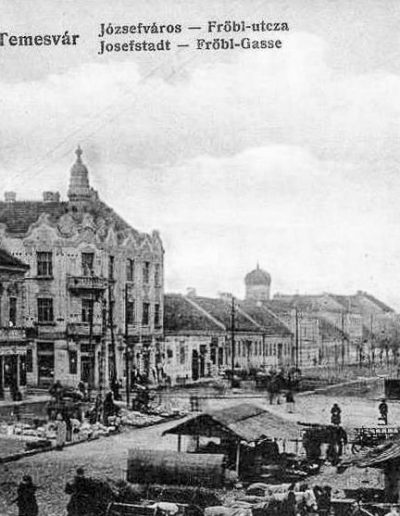 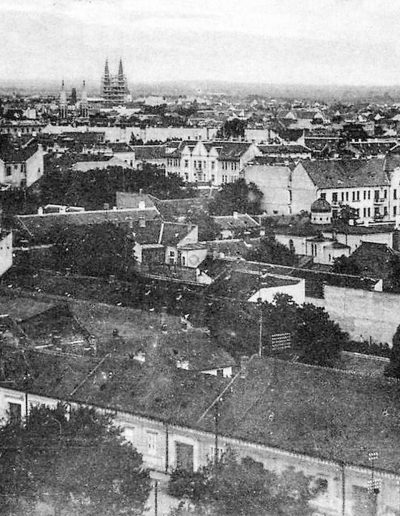 View from the water tower. In the center right you can see the synagogue tower. Illustrated from 1915-1916. 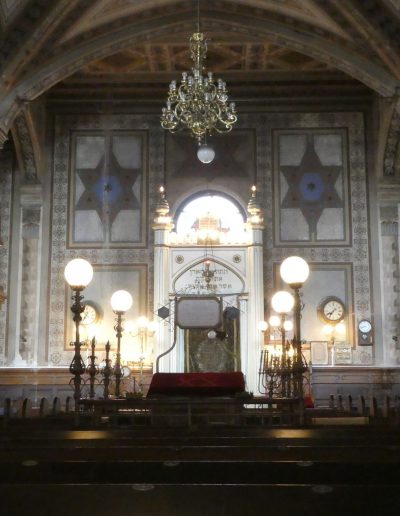 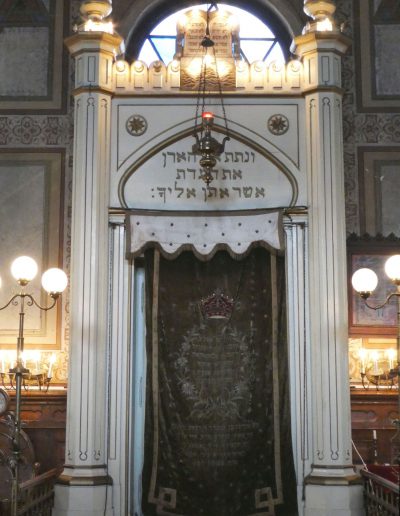 Josephine Synagogue. Behind the curtain (parochet) is the ark, where the Torah scrolls are kept. 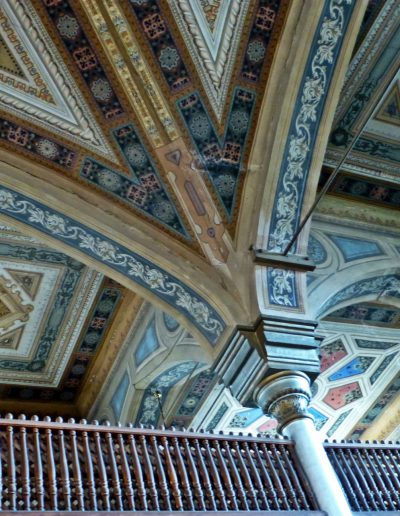 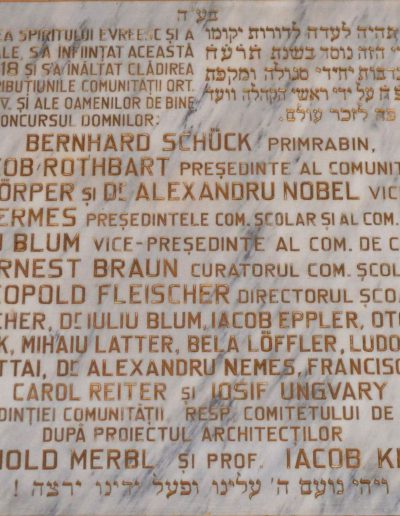 Memorial plaque commemorating the construction of the Israelite primary school in the courtyard of the synagogue in 1928. 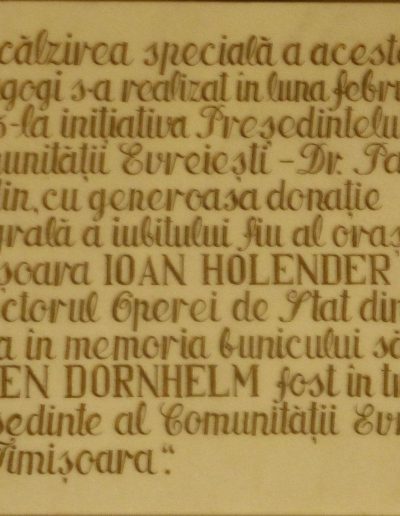 Heating installation at the initiative of the Community and thanks to the donation of Ioan Holender, born in Timişoara, former director of the Vienna Opera.

The Orthodox community, formed in 1871, met until 1894 in rented premises. The synagogue was inaugurated in the fall of 1895, on September 18, on the eve of Ros Hashanah. Mayor Carol (Károly Telbisz) was offered a golden (probably gilded) key to the venue, and at the end of the ceremony, guests and hosts sang together the national anthem of Austria-Hungary. In 1901, Rabbi Bernát Schück, originally from Székesfehérvár (Royal Dawn), was elected rabbi, followed by his son, Andrei Schück.

Built according to the plans of the architect Karl Hart in an eclectic style with Moorish, neo-Romanesque and neo-Gothic ornaments, the synagogue has modest dimensions compared to the other two large synagogues.

In 1910, the synagogue was enlarged, but photographs from 1914 and 1915 show that the synagogue still had a single central dome. Later it acquired its current appearance, with two central domes and two smaller, lateral ones.

In the courtyard of the synagogue there was a heder (a kindergarten), a mikveh (ritual bath) and a ritual slaughterhouse. The Orthodox primary school, established in 1918, moved 10 years later to a new location at the end of the courtyard. The marble plaque inside the synagogue commemorates the construction of the school in 1928, honoring the names of those who contributed: First Rabbi Bernhard (Bernát) Schück, Community President Jacob Rothbart, Architects Arnold Merbl and Jacob (Jakab) Klein and others. The building is now separated from the synagogue courtyard by a wall.

In 2005 a heating system was introduced thanks to the donation of Ioan Holender, the director of the Vienna Opera for decades, so that the celebration of the winter holidays inside the synagogue became possible.